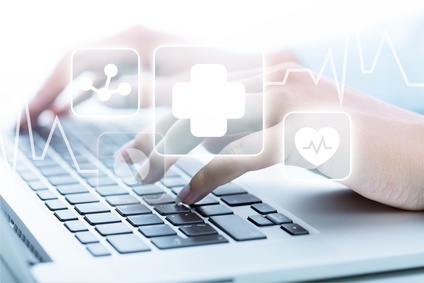 The Internet of Healthcare Things

Last spring, International Data Corporation (IDC) predicted that, in 2020, the market for Internet of Things (IoT) would grow to $1.7 trillion (from $655.8 billion in 2015).  One of the verticals driving this impressive growth is the healthcare industry. In fact, healthcare has even become a recognized – and acronym’d – subsector of IoT, as many are now referring to the IoHT (Internet of Healthcare Things).

We don’t have IDC’s specific forecast for what the healthcare spend in 2020 will be, but there are other predictions floating around out there. MarketsAndMarkets pegs the healthcare segment of IoT will be worth $163.2B by 2020, while MarketResearch.com (in a report from Mind Commerce) predicts healthcare IoT spending of $117B for that year. Any way you look at it, healthcare will be responsible for plenty of IoT spending. So bring on the IoHT!

We’re all familiar with personal fitness trackers like FitBit and (our personal favorite) Microsoft Band, but there are many healthcare related applications that aren’t just for fitness buffs. And although we weren’t yet calling it that, we’ve had a number of posts about IoHT, including “IoT to Transform Healthcare Delivery.”

In a recent post on iamwire – an India-based tech information resource - Ankit Dudhewala focused on some of the ways in which the IoT – make that the IoHT – will be a game changer for the healthcare industry.

Largely focusing on operational efficiency, Dudhewala calls out a number of different areas in which the IoHT will be transformative. One is the potential of the IoHT to provide for remote monitoring and support of valuable equipment, which will help “lessen medical equipment’s idle time and [which] augments systems efficiency.  Similarly, he sees the IoHT as ensuring “better inventory management in hospitals and healthcare organizations,” by being able to replenish supplies proactively. He offers an interesting example:

For example, the helium levels in an MRI machine need to be constantly checked to ensure that the equipment operates in a suitable manner. By using IoT-connected devices, field engineers can be sent out to a hospital before an MRI’s helium levels dwindle, preventing a total machine stoppage and patient rescheduling. Hence, this technology creates a system of real-time monitoring, tracking and immediate response. Any kind of asset depletion triggers emergency alarms and efforts are made for a rapid replenishment.

Dudhewala also notes that the IoHT will also be used to optimize utilization of assets, like those MRI machines through products like “cloud-based scheduling applications.”

Dudhewala’s post echoes a June 2015 article by Cerner’s John Glaser which appeared in H&HN (Hospitals and Health Networks). Among other points, Glaser wrote:

Patients' movement through a hospital may be made more efficient through radio-frequency identification technology and sensors on patients, caregivers, rooms and equipment, using process analytics to identify and manage optimal flow. The IoT could inform caregivers that a procedure room is available or that a patient has spent too much time waiting in the emergency department or that a therapist is needed to staff a particular room.

Much has been written about the potential when the IoT and big data combine. Glaser had some interesting things to say here:

As we know, a person's health is influenced by a wide range of environmental and behavioral factors, such as living in a polluted city and smoking. Data on these factors, such as activity on social media sites or shopping behaviors, complement the data gathered during the course of care. The Internet of Things will provide data that can be used to round out our understanding of the patient and his or her life settings. This broader set of data has the potential to improve the effectiveness of population health activities and strengthen predictive analytics.

Both Glaser and Dudhewala offer some cautions about the growth of the IoHT, namely around patient privacy. But the bottom line is that healthcare will be a major driver of the spending that will, indeed, turn the IoT into a $1 Trillion-plus market by 2020.

A New Year Brings New Starts for Healthcare and IoT

There are many different terms that refer to it – telemedicine, telehealth, connected health,...
Read More

By now we have all heard about many different ways the Internet of Things is expected to transform...
Read More