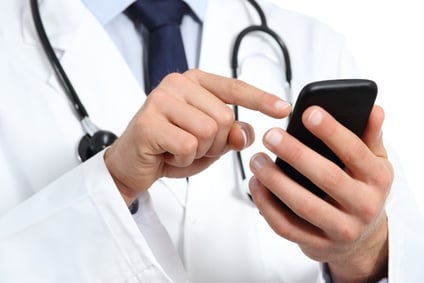 In 1996 Mission Impossible & Independence Day were breaking box office records. Kodak had 140,000 employees and was the 4th most valuable brand in the USA, selling film to everyone from consumers to hospitals to motion picture studios. While Kodak also made consumer grade cameras, it never was present in the higher end professional space dominated to this day by Canon & Nikon.

A half a decade later, when consumer grade digital cameras became widely available and affordable, Kodak successfully pivoted and competed in the space. Until a meteor fell from the sky and changed the landscape. Less than a decade later, Apple—not even a competitor in the digital camera space—debuted the iPhone, along with an ecosystem allowing the phone’s camera to be accessed directly by 3rd party developers. While the high end, professional camera market remained relatively insulated, the entire consumer photography landscape was discombobulated, from retail photo processors to the manufacturers themselves.

Medical device makers face a similarly disruptive landscape right now. Technology that was once only found in hospitals is now deployed in consumer devices that can measure vital signs even down to blood oxygen levels; and this technology is packaged in portable, sometimes even macroscopic devices such as wearables, watches, glasses and embeddable devices. More importantly such devices are often IoT (Internet of Things) enabled, meaning that real-time or near-real-time data streams can be fed to medical professionals caregivers, or even to the cloud for analysis using tools such as Hadoop to create, validate, or even discover new epidemiological models.

Doctors and other medical providers now have the ability—at least from a technology standpoint—to view a patient’s pulse, blood pressure, weight, blood glucose and oxygen levels in real time, as opposed to only once a year during an annual checkup. The significance of this is tremendous.

We may then, expect to see medical device manufacturers self selecting into one of two communities. Those that evolve, with their devices becoming mobile, IoT enabled, even previously clinical-only manufacturers might consider commercializing their technology through consumer channels, but in any rate, prescription or not, the evolved manufacturer understands that devices may no longer be deployed strictly in the operating theatre.

The other camp will house the medical device equivalents of the Kodak Instamatic or Polariod Land Camera. Companies that make perfectly fine products, just that they are products no one has any further use for.  The smartphone, led by Apple’s iPhone not only disrupted the consumer photography market, but it changed the very concept of consumer photography. Companies like Instagram could not exist in a Kodak world. SMS has essentially been destroyed by the likes of Whatsapp.

Just as foodies share their latest meal via social media, we are already seeing fitness buffs sharing their daily runs via IoT based apps that brag upon the user’s calories burned, run time, weather variables, and more. What is to prevent a diabetic from sharing real time location and glucose levels, as well as other relevant statistics with a group of trusted medical providers, friends, family and neighbors? Or for that matter, a dementia patient’s tracker feeding real time data to family members and even law enforcement or medical personnel?

Gamification adds an entirely new level of possibilities, with users competing against friends or coworkers to see who walks the most steps in a day, spends the most calories, or keeps glucose levels in check (even for non-diabetics)? Most importantly, one can compete against ones’ self, and measuring what really counts. Not how many hours were spent in the gym, but what was actually accomplished. Doing aerobics? Look beyond heart rate, but at blood oxygen levels, and chart the change over time, measuring fitness and health improvements.

How far is too far? Perhaps the $400 Internet of Things enabled toothbrush that shares video of your mouth, but even that may have untold, valuable applications. Really, no one knows. ISDN proponents, especially the telecommunications carriers heralded the day of video-phones finally arriving. But no, it was software like Skype, and again, the iPhone that actually brought us what ISDN videophones were supposed to.

The key takeaway is that it is up to medical device manufacturers to protect their own destiny by embracing this change, carefully evaluating not just their product lineup but the very future of their business model. How could it be disrupted, and how can manufacturers play offense, contributing to the change and innovation, rather than simply playing defense?

Medical Devices Will Be Driven By IoT

Of all the applications of the Internet of Things (IoT),  medical devices may be one of the areas...
Read More

Internet of Things? It’s really the Internet of making those things useful.

We’re reading an awful lot these days about the Internet of Things. Is it here yet? When’s it...
Read More